Welcome to the wonderful world of cruise ship lingo! Understanding “port vs starboard” will make your journey more enjoyable if you're new to cruising or an avid cruise ship passenger because it will it easier to navigate the ship you're vacationing on.

Knowing the ship's port vs. starboard sides is the first step to orienting yourself on board. Getting oriented will make navigating any cruise ship easier, whether you’re a guest or crew. Plus, you’ll be able to understand more boating jokes and puns.

We’ll also teach you some tips and tricks to help you remember which side of the ship you’re on or heading toward while onboard: starboard or port?!

Is Port or Starboard the Left or Right Side of a Ship?

Simply put, a ship's “port” side is the left side.

“Starboard” is the right side of any ship or water vessel. But, unfortunately, it’s not because it has stars! (Although that would make it much easier to identify, right?)

So how are you going to remember this information? And what are the historical origins of both words?

Luckily, we have helpful tips and tricks below, so you won’t forget which is which. And you’ll be wiser to know why seafarers have used these terms for centuries!

Port vs Starboard Side: Helpful Tips and Tricks to Remember Which is Left and Right

To correctly identify the left and right sides, you must ensure you’re facing the ship's front (the bow); otherwise, you can easily mix up port and starboard.

After you make sure you’re facing the bow, you can use the three tips and tricks below to help you recall what starboard is vs. port. Of course, it is easiest to figure out where the bow is while the boat moves, and you can see it out a window or porthole.

However, many ships are well labeled like a good map no matter where you are on board, so you always know where the bow or aft (back) are.

(Not all ships are well labeled, but some are. If you’re on a mega-ship, it could be harder to figure this out if the boat is at a standstill and there isn’t great signage. But you’ll be able to figure it out on a stationary small cruise ship, like a river cruise ship, without much effort as you quickly get to know the boat.)

Here are our three useful ways to remember port vs. starboard:

1. Use The Letters of Each Word To Help You Remember Port vs. Starboard

“Port” has four letters, as does “left.” Therefore, left = port.

We explain later in this article that ships used to port, or dock, on their left side. “Dock” also has four letters in the word, just like “port” does. That’s a great way to remember the association between all the words.

They all have four letters!

Starboard has two “R’s” in it, so you could think, “right, right.” when you say the word.

2. Notice the Colors used for Decorating the Cruise Ship

Princess Cruises decorate their cruise ships' port and starboard sides using different color carpets on decks with guest staterooms. Red or blue carpets are the colors they use.

So, for example, if you’re staying in an even number stateroom, you’ll simply have to remember if the carpet on your side is blue or red. (We were in an even number room on the starboard side, which was blue.)

You can decode what side of the ship you’re on using this method as you walk through the hallways with staterooms. (That is if you’re on a deck with staterooms only. Otherwise, the carpet on other decks of Princess Cruise ships, like where the Princess spa and restaurants are, don’t have guest cabins is not meaningful in terms of identifying the sides of the cruise ship.)

Red is the port side's international color (particularly when it comes to lights on the water for navigation), so you’ll most often see that color used to identify the left side of a cruise ship.

How do you remember “port” and the color red? Simple! Port is a kind of wine that also has four letters.

So whenever you think of port, associate it with left (which also has four letters) and wine (which makes you think “red”).

This trick does not work if the carpet everywhere is one color. Or if the carpet in public areas isn’t particularly color-coded. But it does work if it is!

Use The Room Numbers

Also, cruise ship cabins will often be numbered even on one side of the ship and odd on the other, which can help you identify which side of the boat you’re on or need to be on.

Granted, this means you’ll have to take note of the even vs. odd numbers when you first get to know the ship. But if you learn it on day 1, it could help you for the duration of your sailing.

Did you know there are REALLY cute items you can buy that are belovingly labeled “Port” and “Starboard”?

Etsy has so many cool items, whether you love the port side, starboard, or both!

Port vs Starboard – Why Don’t They Just Call them Left and Right?

For most people, we would assume the words “right” and “left” are easier for identifying the sides of a cruise ship.

However, the nautical world uses unique terminology for a reason. It’s all tied to history, which dates back to the Vikings.

The complete truth is partially mysterious, but there are a couple of theories about how a ship's right side became known as starboard.

The first potential reason is related to the steering of original ships. Before ships had rudders, humans steered boats with the help of boards or oars.

These steering boards had holes that the oars would go through. Most sailors were right-handed (lefties remain a minority population) – thus, the right-hand side of ships became known as the “steerboard,” where most of the steering and maneuvering took place.

A secondary reason linked to naming the right side of a ship “starboard” is thanks to the Vikings.

Vikings named the sides of their ship boards. Like most sailors, they steered from the right side of the ship.

The Viking word for steering sounded similar to “star.” Hence, this is how we got “starboard.”

The final reason the right side of a ship is called starboard can be traced back to the Anglo-Saxons, who their invading neighbors, the Vikings, may have influenced.

The Anglo-Saxons called the right side of their ships “steerboard,” which meant “steering side.”

So there you have it!

Starboard was born from history and likely appropriated by someone who spoke English and turned “steerboard” into “starboard.”

What is the History Behind Why the Left Side of a Cruise Ship Called “Port?”

The left side of a boat grew to be called “port” simply because ships used to dock (or port) on the left side.

Historically, ships needed to dock on the left side so that the steering side (starboard) was open to the water, which would allow a sailor to steer the ship in and out of port.

Initially, in Old English, the name for the left side of a ship was a word that sounded like “backboard.” This was because the helmspersons always had their backs to the left side.

Eventually, as shipping and trade progressed, the backboard became known as “laddebord,” which meant “loading side.” All goods were loaded where the ship docked in port: the left side.

The Vikings also called the left side a similar name: “larboard.” This had the same meaning as laddebord or backboard: the loading side.

However, during more modern nautical communications, the word “larboard” sounded too similar to “starboard.” Thus, the left side of a ship needed a more distinctive name.

This is why we have the word “port” today for a ship’s right side. We can all agree that “port” and “starboard” are two very different sounding words, which is essential for communication at sea, especially between captains.

Why Are Port And Starboard Lights Different Colors?

You may have noticed that cruise ships and other assorted boats use red and green lights for navigation and direction.

The port side uses red lights.

The starboard side uses green lights.

This color system helps other vessels identify what direction another ship is traveling in and whether it is moving away or approaching.

Red and green lights are used similarly to traffic lights. For example, if a ship encounters another vessel on the water, it will flash a green light if it’s safe for the other boat to pass.

If red flashes, it is signaling to the other ship that it should slow down or stop.

What are the Other Sides or Parts of a Cruise Ship Called?

Along with starboard (right side) and port (left side), cruise ships also have a bow and the aft.

“Bow” identifies the front of the ship, while “aft” is the back. So always make sure you’re facing the bow when attempting to determine a cruise ship's port and starboard (the right and left) sides.

We've got you covered in our Essential Guide to Over 110 Cruise Ship Terms (and Commonly Used Nautical and Boating Jargon) if you want to deep dive into more boating jargon.

Now You Know Starboard vs Port: Which Side Is Which and Why

Try to use our tips and tricks to remember port and starboard when you are on board, and share this article with family and friends!

Knowing these navigational clues will help you fit right in with experienced boaters and cruisers. 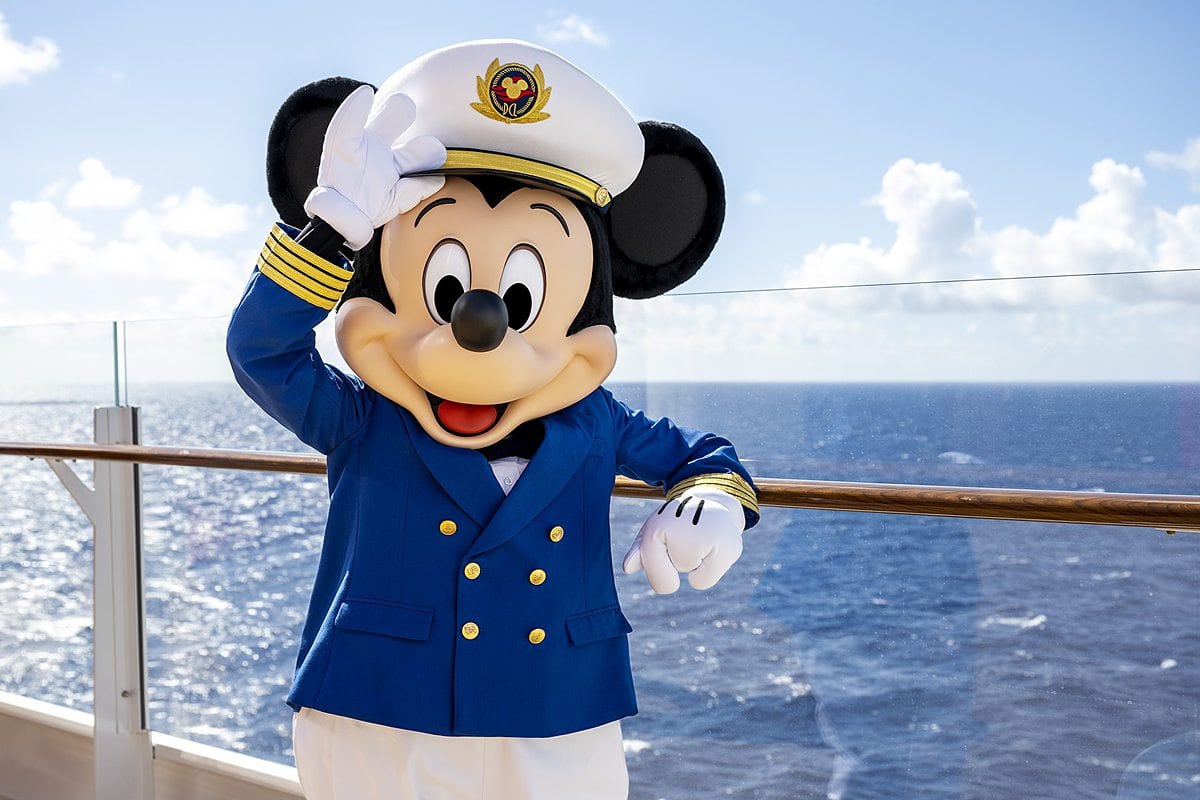 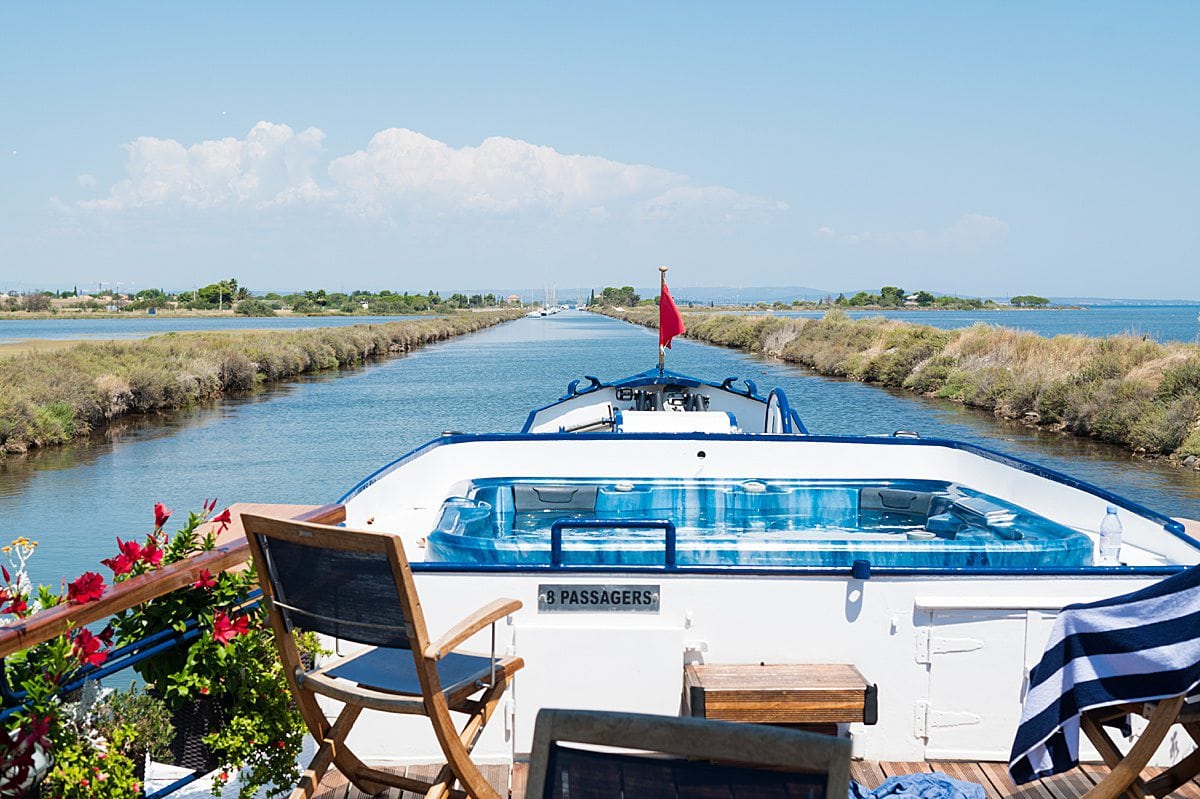 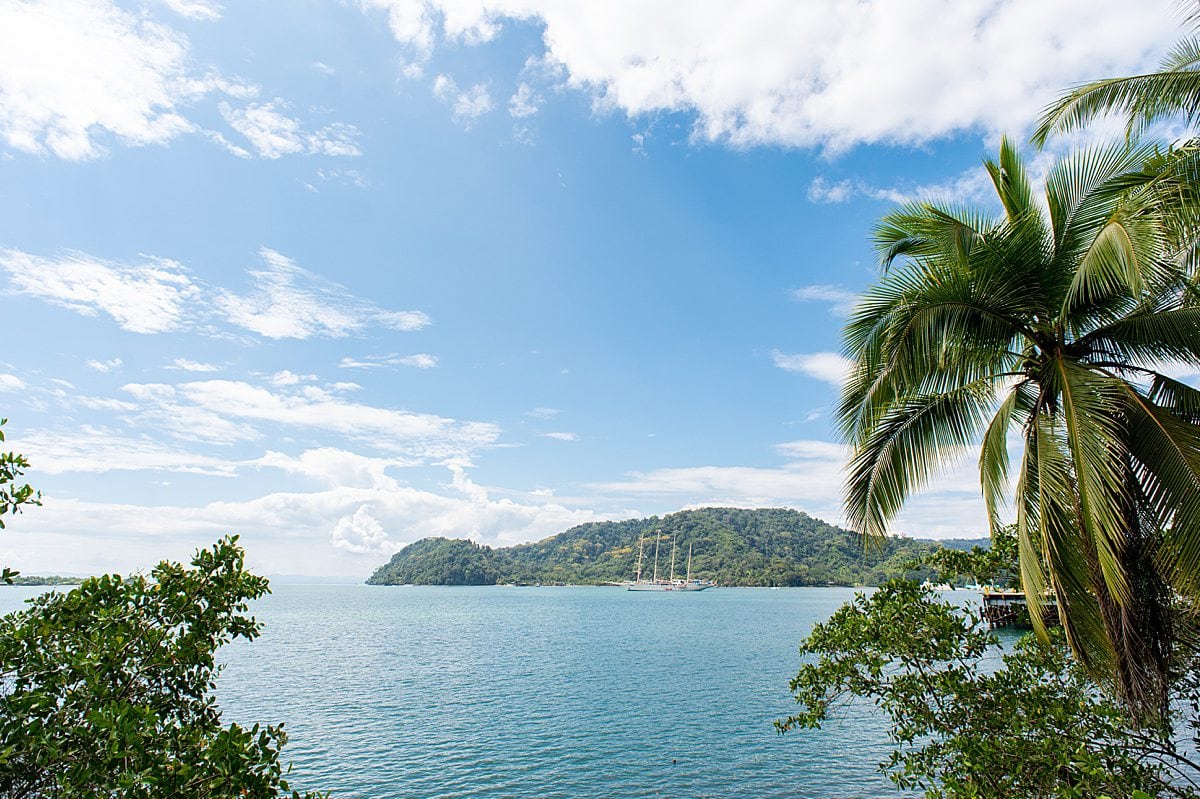 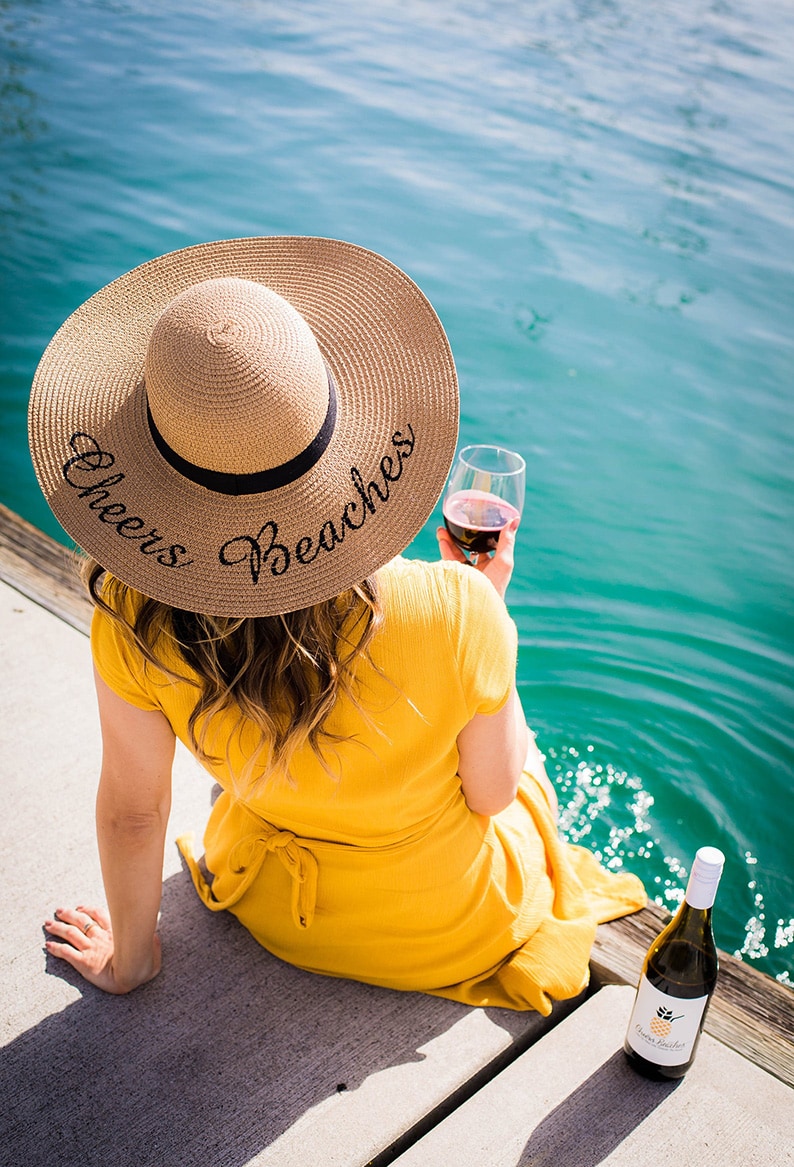 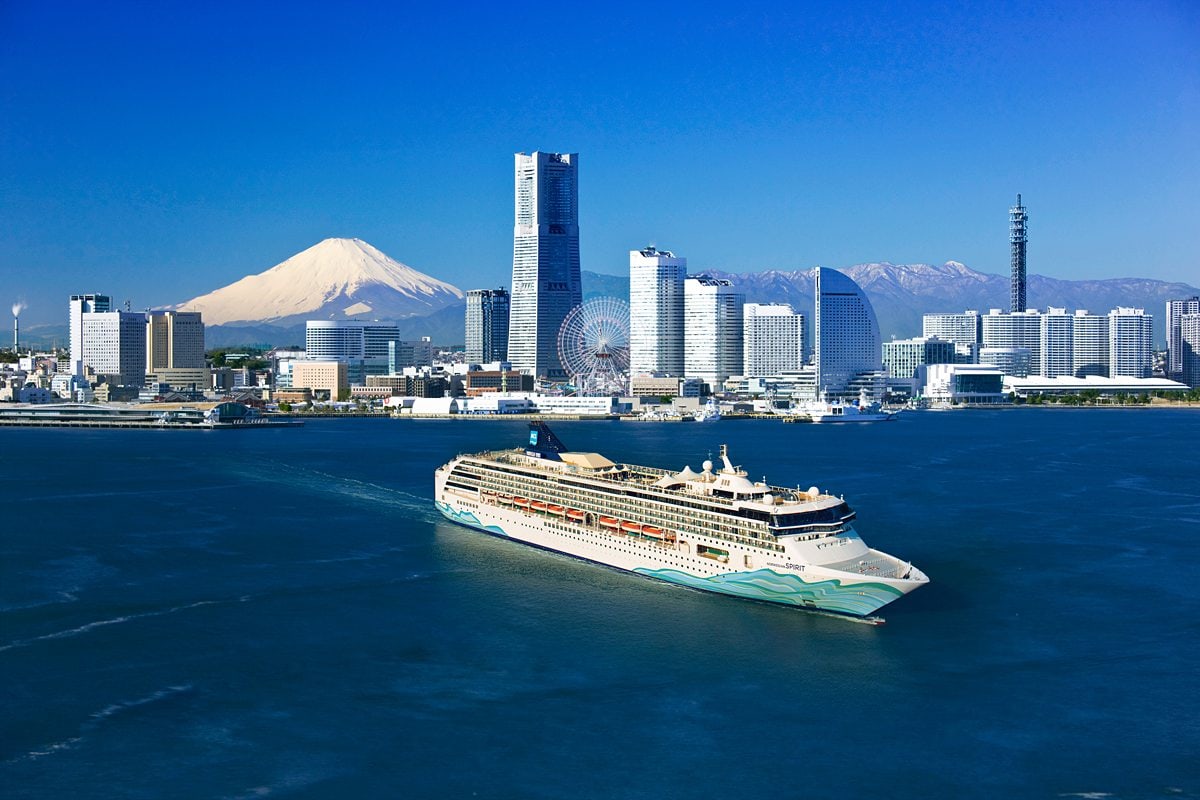